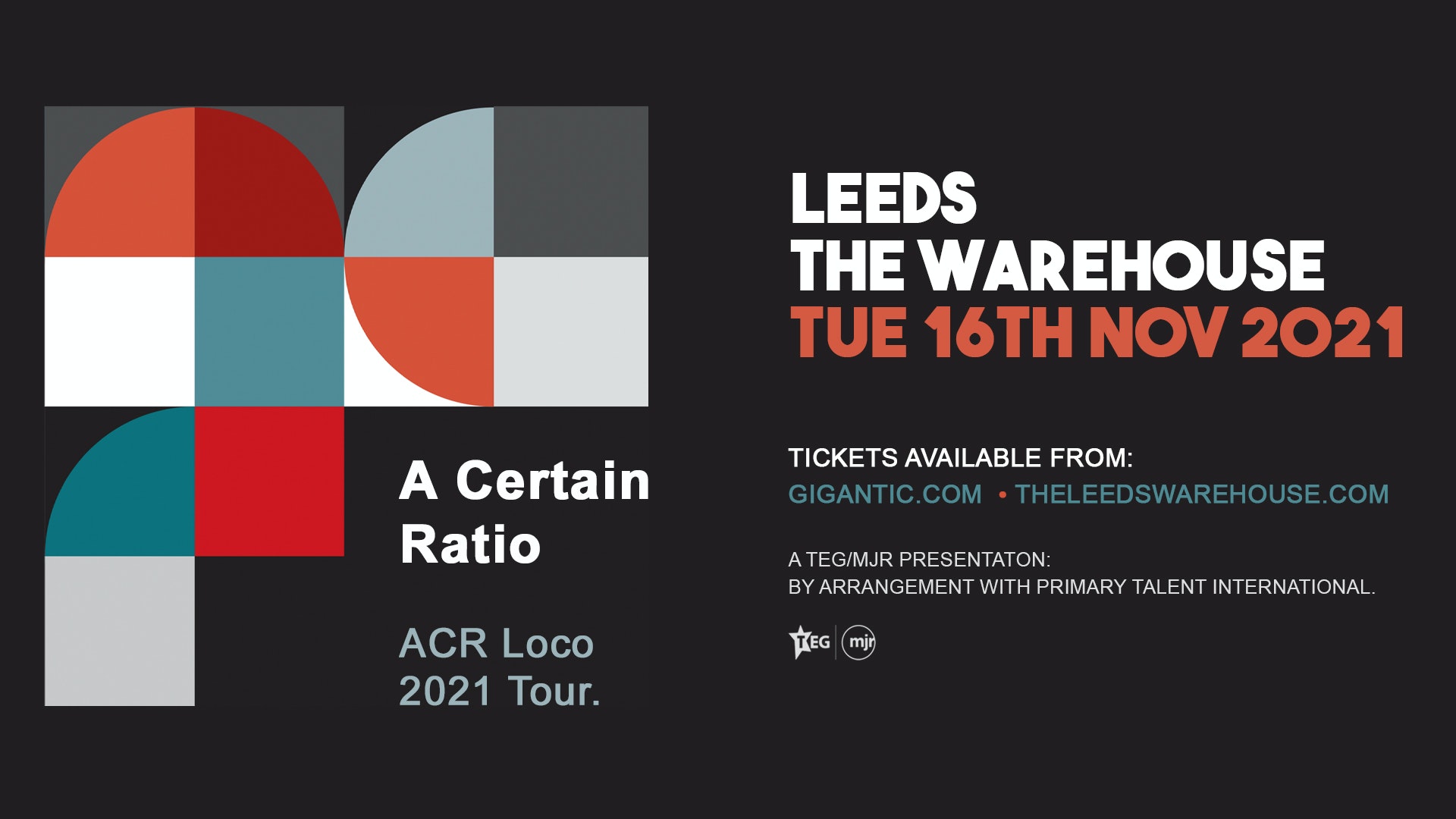 Buy from Fatsoma
Buy from Gigantic

Manchester’s A Certain Ratio embraced the ethic and culture of the late seventies post-punk explosion, but sounded like nothing else around them and refused to fit in. Formed in 1978, the band had various members throughout their career, and a core line-up of Jeremy Kerr, Martin Moscrop and Donald Johnson.

Shortly after forming, having seen A Certain Ratio on one of their many live shows, Joy Division’s manager Rob Gretton, put them in touch with Tony Wilson, a well known local TV personality who was then in the process of setting up a record label. A Certain Ratio were one of the first to record for the fledgling Factory Records, and they debuted with their 7″ single, All Night Party/The Thin Boys.

Hailed universally as pioneers of what became known as “punk funk” thanks to the success of ‘Shack Up’ on both sides of the Atlantic, their sound is not easily pigeon holed and their influence can never be understated. The band introduced the avant-garde elements of funk, jazz, electronics, tape loops and technology to the pop song, wrapping it in a post punk aesthetic, adding great clothes and the coolest haircuts.

They have gone on to influence generations of musicians – from Talking Heads, LCD Soundsystem, Happy Mondays, Franz Ferdinand, ESG, Factory Floor and Andrew Weatherall. The Guardian’s Dave Simpson paid tribute to the band’s Cult Hero status recently: “Once you start listening to A Certain Ratio, it’s difficult to stop”.