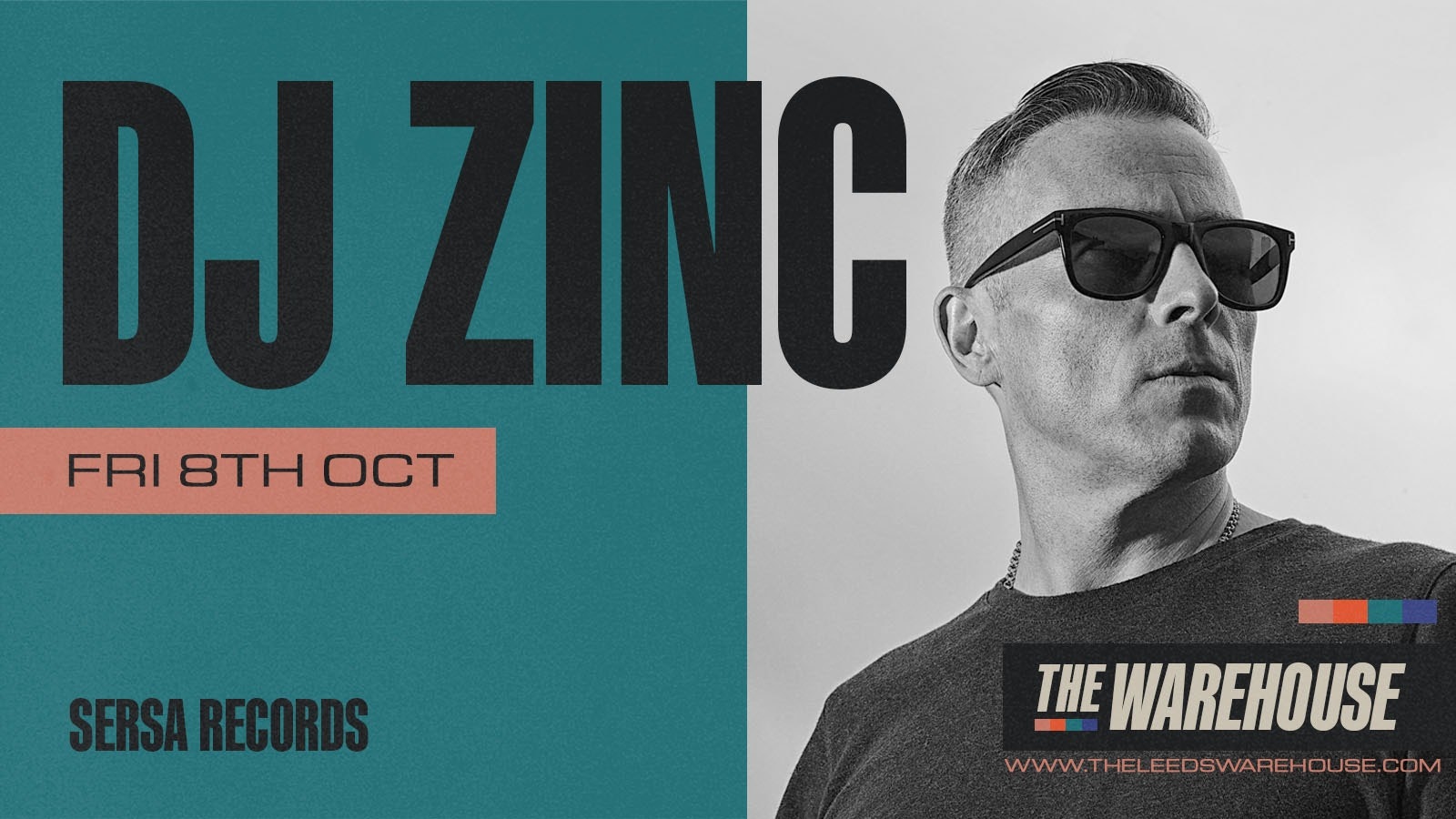 DJ Zinc, the London-based dance music DJ and record producer known for pioneering new styles, has consistently redefined his sound. He jumps effortlessly between musical genres, and is one of few artists who can claim to have had genuine underground and commercial hits across house, breakbeat, UK garage and drum & bass, having sold over 1,000,000 physical records across his own productions and labels.

Zinc has made a career out of honing and developing his sound, with house music very much his current obsession. And like everything else Zinc does, these new productions stand out from the crowd, with releases on Rinse, Armada and an upcoming VA EP via his own label Bingo – including collaborations with Chris Lorenzo, MY Nu Leng, Shift Key and JackBeats – attesting to the quality of his latest productions.

DJ Zinc’s Rinse FM show continues to be one of the most listened to on the infamous UK station, and he regularly contributes to BBC Radio 1 with many features on Annie Mac’s show. He has also produced not one but two Essential Mixes for Pete Tong to date. On the live front, DJ Zinc has played sold-out shows at some of the biggest events in the UK, including Bestival, Warehouse Project and SW4.

Over the course of his career, Zinc has been involved in and had a significant impact on a wide range of genres – from roots in hardcore and rave, Zinc went on to produce some of dance music’s most definitive anthems, including the era defining ‘Super Sharp Shooter’, the colossal bootleg of The Fugees ‘Ready Or Not’, and ‘138 Trek’ which went on to break the UK top 30. More recent chart success came in the shape of ‘Wile Out’, a collaboration with Ms. Dynamite.

Testament to his remarkable achievements in British dance music, Zinc was included in the ‘British Music Experience’ alongside the Beatles and Sex Pistols; a permanent exhibition in London’s 02 Arena that chronologically documents the major contributors to contemporary British music.

With more than two decades at the forefront of electronic music, there can be no question that DJ Zinc is one of dance music’s most respected pioneers. Zinc has forged his own fiercely individual path for the outset, winning both the respect of industry peers and legions of fans along the way.