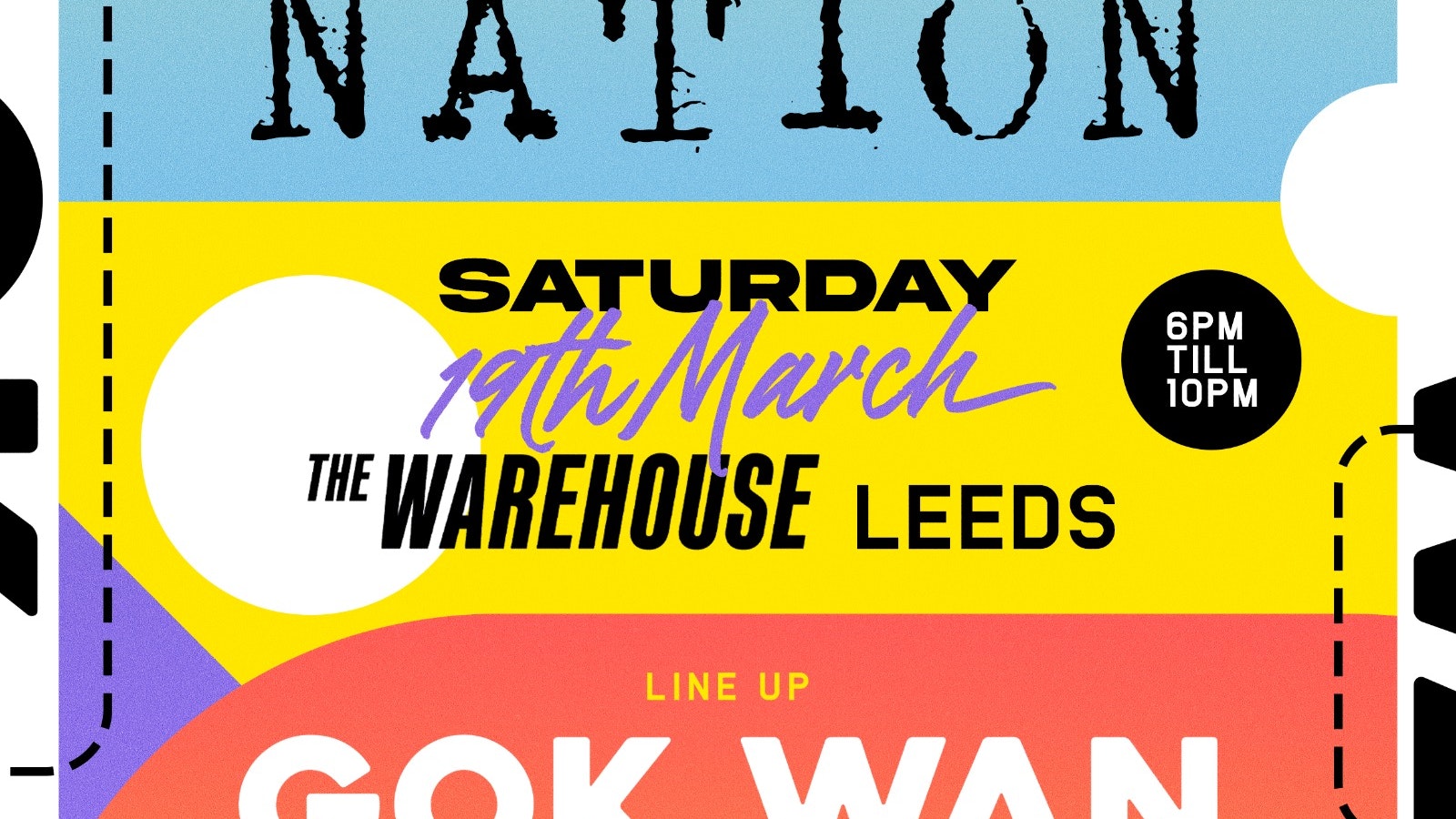 Buy from Fatsoma
Buy from Skiddle

Following a sold out show in London, we are pleased to announce that Gok Wan MBE will be bringing ‘Isolation Nation’ to Warehouse Leeds on Saturday 19th March 2022,

Gok Wan MBE is amongst the most respected and recognisable personalities across media and fashion, with award winning presenting on TV, critically acclaimed books and more recently,creating the Isolation Nation movement, whereby during the lockdown period of 2020, using his DJing and passion for uplifting house and uniting people, Gok took to live streams to give his legion of followers comfort, escape and sanctuary during difficult times.

Channelling his love of soulful,uplifting house, Gok used 2020 to press forward his foray into the music artistry,teaming up with up and coming producer Craig Knight and UK songwriting and singing legend Kele Le Roc to release an up to date energy filled rendition of ‘Let Me Be Your Fantasy’ which peaked at No1 on the main iTunes chart after 48 hours.

Gok rounded off a fast moving 2020 by releasing his ‘Isolation Nation’ compilation, curated and mixed by him, on world renowned house label Defected Records, pre-selling over 3000 copies.

Looking ahead, Gok plans to unify all the people touched by his message when he brings Isolation Nation to Leeds, where fans will dance until they can’t dance any more to a mix of disco beats and 90s references powered by soul and passion.