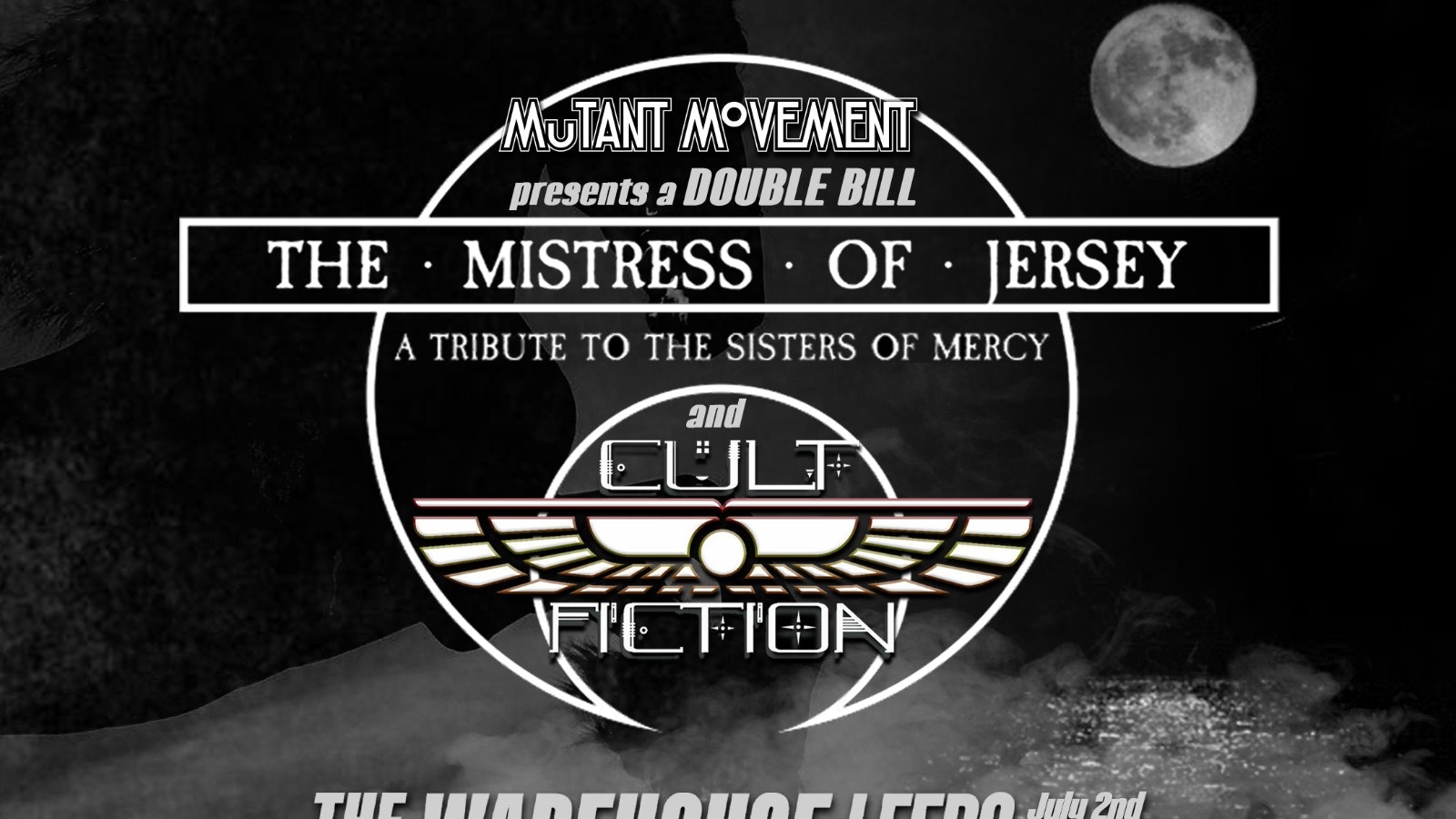 Buy from Fatsoma
Buy from Ticket

Two bands that were there from the early days at the start of the 80s were Bradford’s Southern Death Cult & The Sisters Of Mercy from Leeds. Mutant Movement brings you a night, celebrating that era with two of the World’s best tribute bands.

The Mistress of Jersey focus on what many consider the golden years for The Sisters of Mercy, from the beginning to 1985. They formed in Belgium where the Goth scene is thriving and you can tell these guys are actually into the music they play, not just there to put on an act.

Cult Fiction cover the whole back catalogue, playing for almost 2 hours when they were at the Goth Weekender in 2019 at Whitby. The very first band to play for Mutant Movement and are undoubtedly amongst the best. If you’re a fan of The Cult, you will not be disappointed.

The event will be followed by Mutant Movement / Phono Piers Guest DJ which is included in your ticket price for the show, lasting a whopping 7 hours in total, ending with DJ sets until 2am to compliment the bands as well as the scene they became a part of from DJ Mutant Movement and Le Phonographique DJ Piers.